I live in Tennessee, which has a special connection to freshwater pearls. Four and five hundred years ago, when French explorers came down through Canada and down the Mississippi River, they discovered that the Mississippi Indians in Tennessee collected pearls embedded in the local mussels which lived along the banks of the Tennessee River. The explorers traded for these pearls, and shipped them back to Europe, where they were reserved for royalty only, and were called "Royal Pearls".

Hand-Knotting. We put knots between pearls for many reasons. Some reasons have to do with visual aesthetics; others, with structural concerns.

The knots protect the pearls, should the necklace break. When it breaks, you would lose one pearl, not all the pearls on the piece.

Pearls are soft, and the surface can easily chip and scratch. Pearls are particularly vulnerable at the hole, where the forces from movement, when the jewelry is worn, force the stringing material to push against the vulnerable edges of the nacre, exposed around the hole of the pearl. Silk cord is very soft, and does not pose a major threat. All other stringing materials -- such as nylon bead cord, nylon beading thread, and cable wires -- do pose a threat. The knots provide some protection.

Without knots, the pearl's integrity is threatened, not only by the stringing material, but by the next bead it bumps up against. Other adjacent pearl beads can cause scratches and chips. Metal beads and glass beads will work like hammers against the pearl, as the jewelry moves, when worn.

Visually, knots also set off each pearl, as if bracketing them or framing them. For the viewer, this heightens the visually attractiveness of each pearl, moreso, than had the necklace not been knotted.

Structurally, having a knot on either side of the bead, tied tightly in place, so that the bead cannot move freely, does two things. First, it keeps the pearl from moving both up and down the cord, as well as around and around the cord, as the jewelry is worn. Pearl holes are very sharp. Picture a broken sea shell, and how sharp it feels as you move your finger along the edge. This is what the hole looks like. If the bead is allowed to move freely, the hole will quickly fray the cord, even cutting it. Second, it forces the necklace, as it is subjected to punishing forces resulting from movement, to channel those forces towards the un-glued knots. These un-glued knots easily absorb this force, allowing the necklace to more easily conform to the body, and move with the body. Thus, the force is re-directed around the stringing material, that is, around the knot, instead of directly into it, forcing it against the sharp hole of the pearl. Again the knots help preserve the integrity of your piece.

A pearl knotted necklace runs
$4.50/inch, plus
cost of pearls and clasp assembly


ReStringing runs
$4.50/inch, plus cost of any additional parts, such as a new clasp
Cleaning, if necessary, $10.00 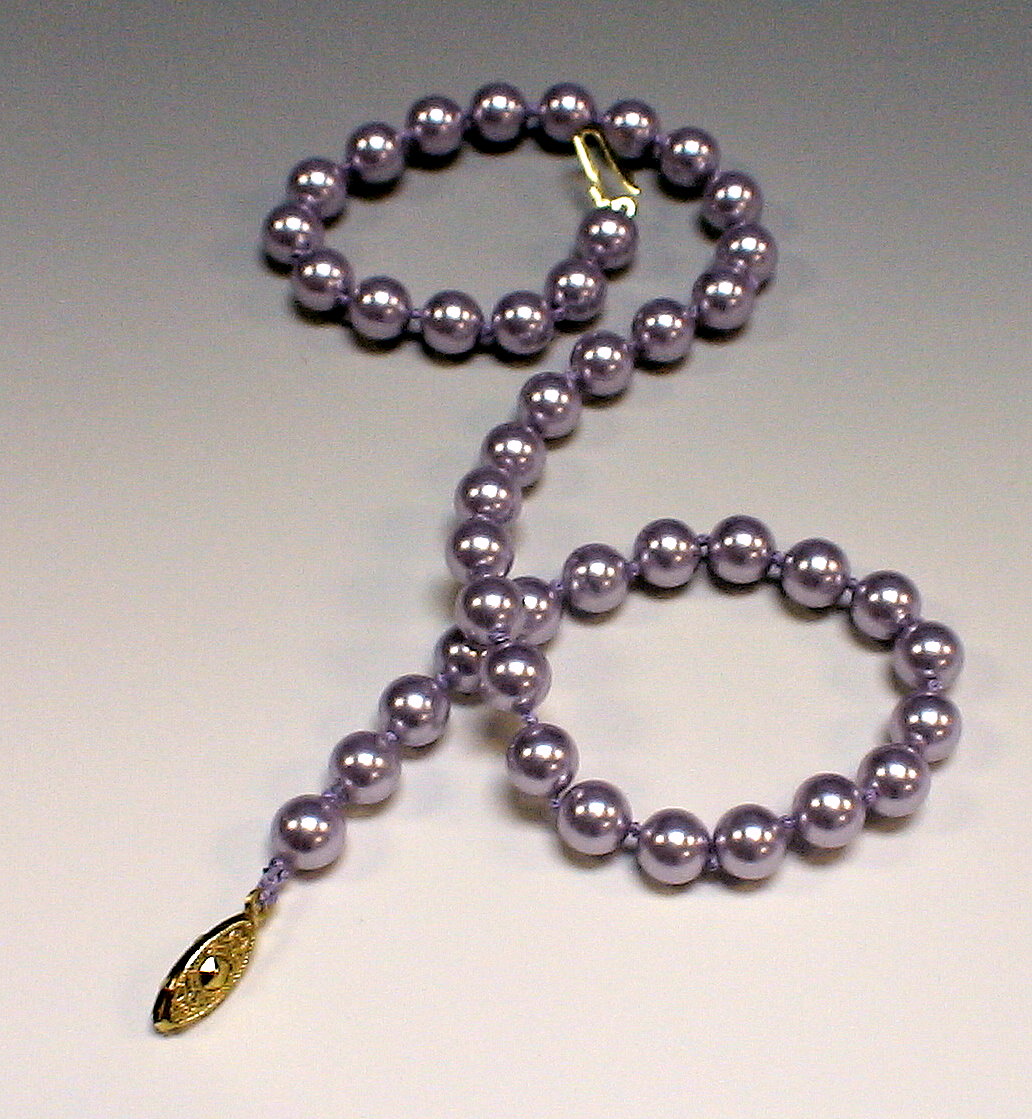 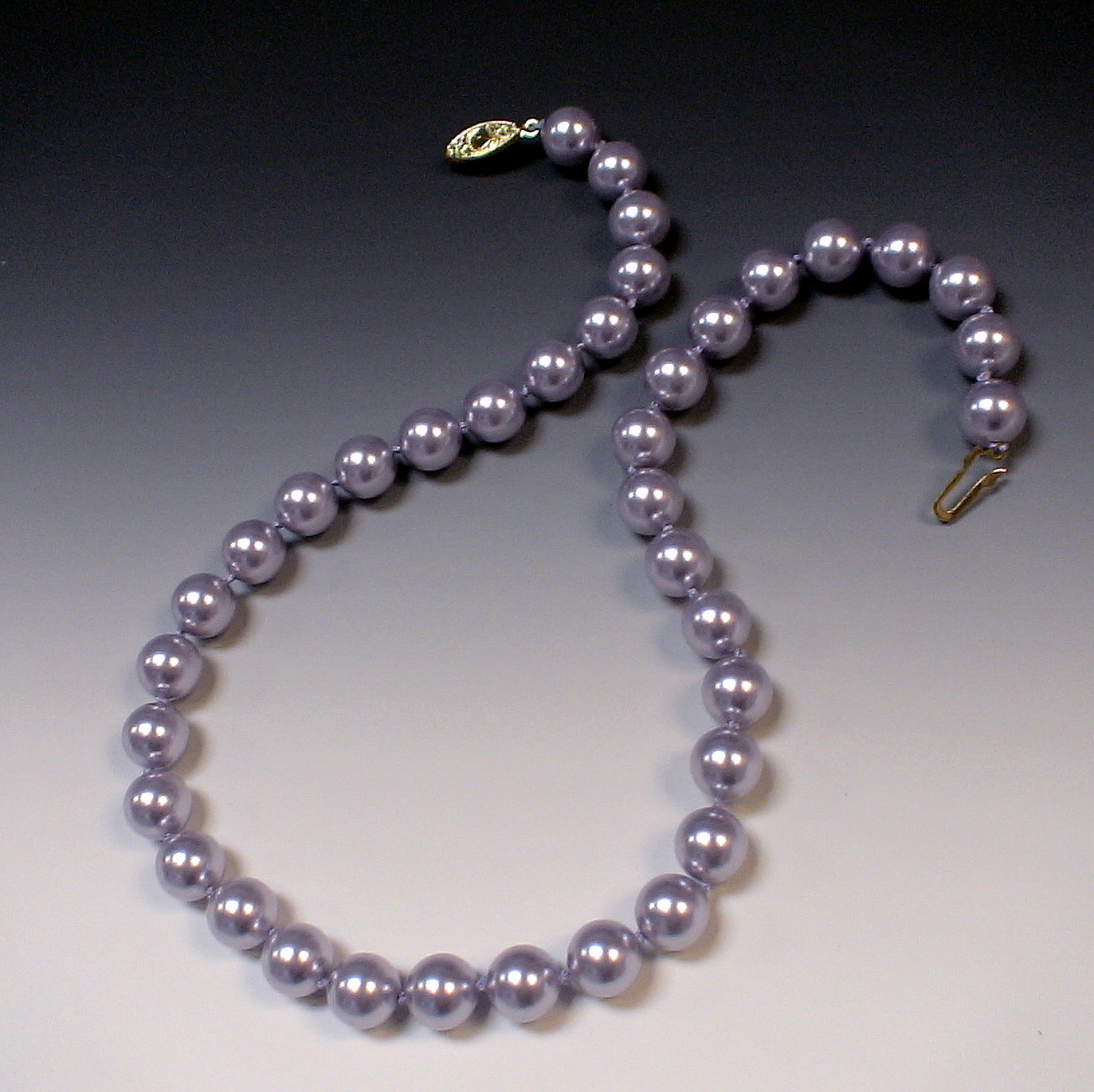 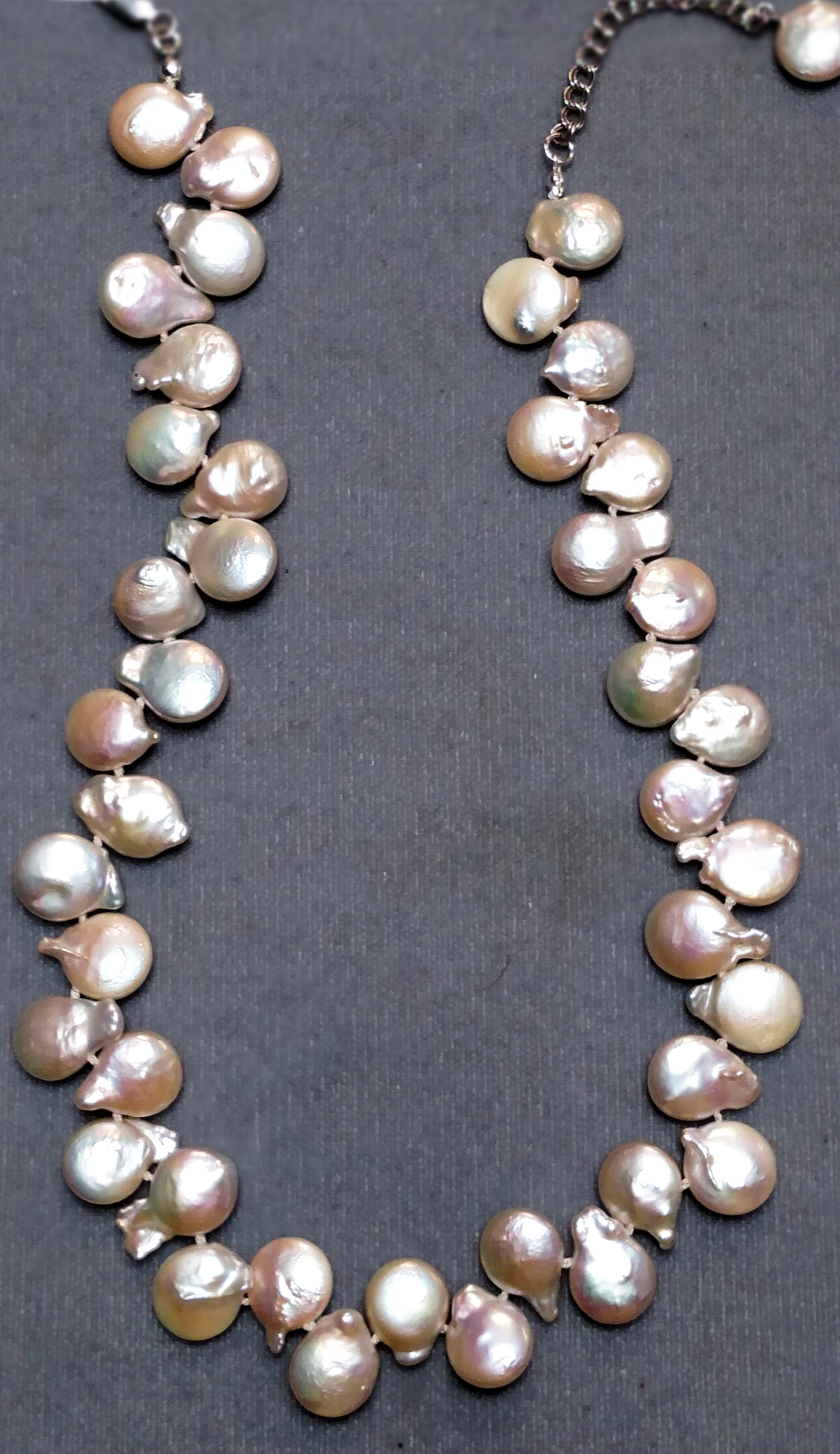