The COLLECTIONS
Other Bead Woven Pieces
In The Gallery 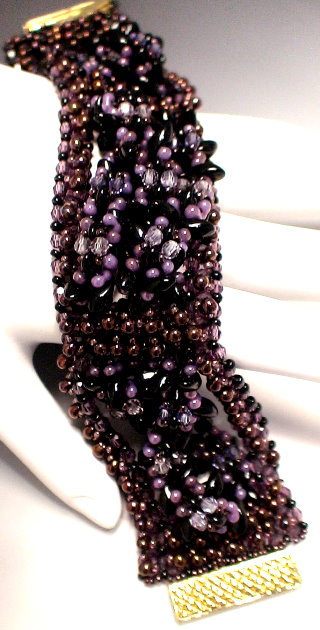 I was inspired by the fantasy world's arrangement of gods with opposing forces. Those serving these gods were called the priests of Gwynneth. They teach how to recognize and manage the duality and oppositon of chaos and order.

The GWYNIAN ROPES BRACELET is made from Austrian Crystals, and Japanese drop, peanut, long magatama, and seed beads, as well as Czech super duo two-holed beads. This bead woven piece has a modified right-angle weave stitched base of Austrian crystal beads.

The base has three framed open spaces, through which are braided 3 Gwynian Ropes. These ropes are woven using a modified dimensional right angle weave pattern. A push-pull clasp is sewn onto either end of the piece.

My goal here was to see if I could use several new shapes of seed beads -- peanuts (like a barbell), long magatamas (a type of drop with asymmetrical shape), 2.8mm mini drops (teardrop), and super-duos (a 2-hole flat oval) to do something that had a lot of dimensionality to it. Too often, when designers use these beads, their compositions are very flat, because of limitations they confront due to the directional nature of the holes in these beads.The holes don't lend themselves to "changing direction", so to speak, as an elbow-shaped or twisted-shape pipe might allow you to do. I wanted to force the beads and the composition to change direction.

The strategic placement of peanut beads allows a "locking" or "stiffness" to the sections they are used in, which I found to be a tremendous help.

For the base, I modified the right angle stitch pattern, so that I could add a diagonal embellishment across the center hole of each unit, and that I could also force the 4 corners of the unit to be (and stay) squared. The base is slightly concaved. The outer edge lines of the base are deliberately made not to follow a perfectly straight line.

This project reflects some of my designer goals: to emphasize the architectural basis of bead weaving stitches, in this case right angle weave; to build in elements of good contemporary design -- dimensionality, movement, creative play on "line", creative use of negative and positive spaces; to use vintage elements in contemporary design; to select and combine unexpected colors using rules based on color perception and cognition research.

The bracelet as pictured is 6 1/2" long, but can easily be made shorter or longer with a few tweaks of the design.

Similar to as shown (wine or copper-lime colors, with Austrian crystal foundation), with a German 23KT Plated Box Clasp and Austrian Crystal Beads,
$1050.00 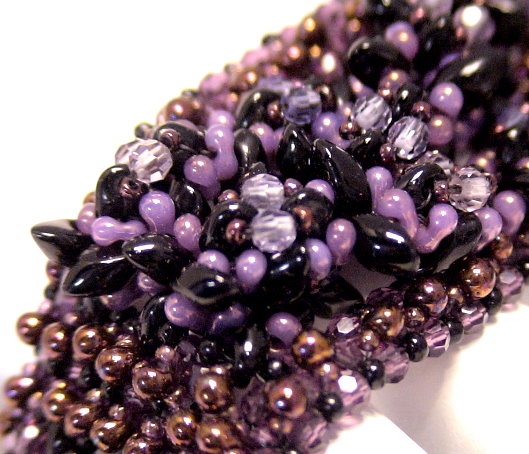 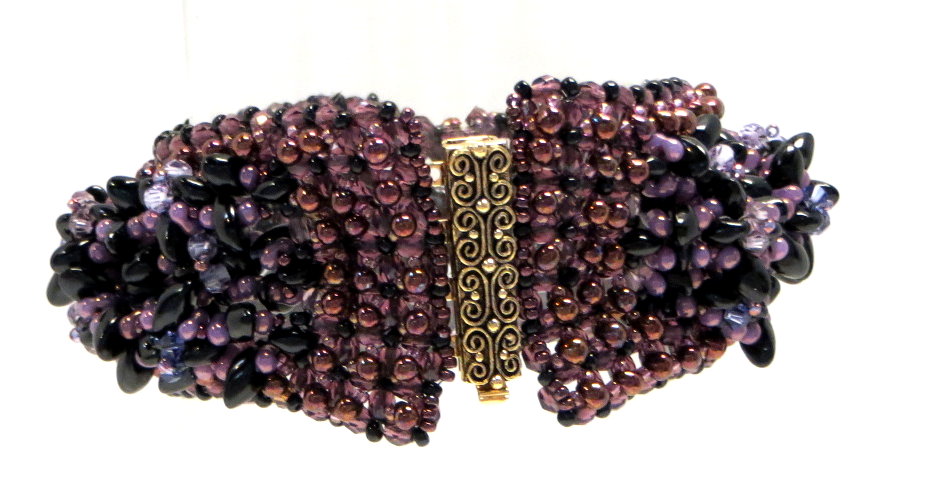 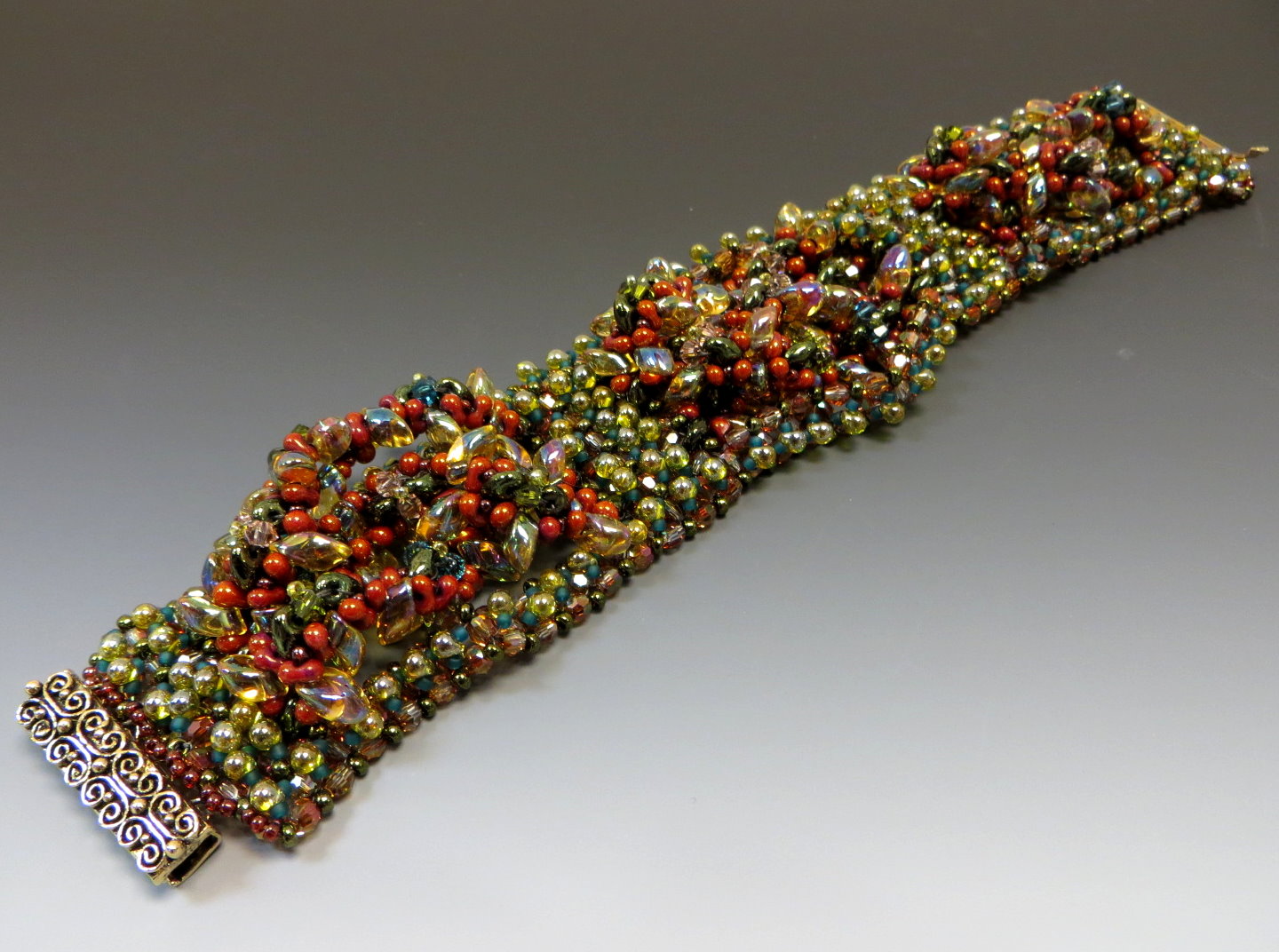